Backers of a two-year effort to capitalize on Atlanta’s maturing health and medical sector are close to revealing details of a new health care innovation district that could galvanize the city’s next big technology boom, The Atlanta Journal-Constitution has learned.

The proposed innovation hub has the potential to lure thousands of high-paying jobs to the region and is modeled in part on the success of Technology Square, which has helped transform Midtown by attracting Fortune 500 companies eager to tap into Georgia Tech’s deep research talent.

Beyond jobs and new investment, the initiative has the potential to make Atlanta a world leader in the rapid response to global health emergencies such as coronavirus, leveraging the federal Centers for Disease Control and Prevention and an expanding pool of businesses and non-governmental agencies that respond to humanitarian crises.

What the region has lacked is a place for this network to collaborate on new technologies, and a command center to marshal the resources and expertise of non-governmental groups that supplement government in a natural disaster or pandemic.

The proposed health innovation hub would do both.

In an exclusive interview with the AJC, two leaders of the Global Health ATL initiative outlined a physical complex that would support the initiative and include offices, laboratories, meeting space and a crisis center that could coordinate responses by nonprofits and corporations to global public health emergencies.

Initially, the campus could involve about 500,000 square feet of space, about half the size of a regional mall or about 20 floors of a typical office building, the AJC has learned.

Other U.S. cities — New York, Boston, and the Baltimore-Washington corridor among them — can claim global health hub status. But no city has the concentration of health care nonprofits, plus the CDC’s headquarters, supporters say.

“When the world has a health problem, we think of Atlanta for solutions,” said Brent Lane, an economics professor at the University of North Carolina, who studies economic development strategies and is not attached to the project.

Lane said a ground-up effort harnessing businesses and organizations already here is a much more effective economic development strategy than trying to create an industry cluster from thin air.

“I think the complex and interrelated nature of health care lends itself to the sort of cluster advantages they’re trying to capitalize on,” he said.

Clark Dean, executive managing director in Atlanta for real estate services giant Transwestern, and Georgia Bio CEO Maria Thacker-Goethe and others associated with the initiative declined to identify potential locations of the innovation campus, but the AJC has learned that site selection is underway and that backers have vetted a number of in-town options.

The leaders declined to name any of the targeted companies but said no tenants have been signed.

Separately, however, the AJC has learned that backers are courting Microsoft and the Bill and Melinda Gates Foundation, the charitable arm of Microsoft’s founder, Bill Gates. Both the company and the foundation are deeply invested in health care issues. Microsoft did not respond to a request for comment.

“We are on the cusp of making some announcements in the near future,” said Dr. Russell Medford, CEO of Covanos Medical Technologies and one of the leaders of Global Health ATL. “Things are coming to a nexus here, to a head, and it reflects the great work of a lot of great organizations and people.”

Planning for the health care innovation district grew from an all-volunteer effort launched two years ago to brand the Atlanta region as a global health capital, leveraging the visibility of the CDC and the region’s constellation of non-governmental organizations, medical schools and health companies.

Past efforts to build a campus for the region’s far-flung health care companies and nonprofits haven’t created a center of gravity like Tech Square, and Georgia has at times lost life sciences and health companies that relocated to find deeper resources elsewhere. An effort to convert the former Fort McPherson into a life sciences campus fizzled out in large part because of the Great Recession.

Dean, who is leading the real estate effort, said the thinking behind the district is far more than just putting related companies and nonprofits in a campus.

“It’s about how do you find a way to catalyze the interactions, how do you break down the walls between these different entities to create collaboration that can actually improve health outcomes around the world,” he said. “The world deserves these different organizations figuring out better ways to work together.”

Backers received a $250,000 grant to study the potential for a crisis center for nonprofits and major corporations to mobilize expertise and resources in a humanitarian crisis. Such a center would coordinate with and support relief agencies such as the CDC. The partnership is seeking a second grant, likely in the millions of dollars, to advance that planning, Thacker-Goethe said.

New technologies and medical advances could have real world benefits for health delivery in Georgia too, Thacker-Goethe said. “Global is local,” she said.

Beyond the CDC, the state boasts top tier research institutions like Georgia Tech, Georgia State and the University of Georgia and medical schools at Emory, the Morehouse School of Medicine, Mercer University and Augusta University.

The state is also home to the CDC Foundation, CARE International, the Carter Center, the Task Force for Global Health, MAP International and American Cancer Society. Companies like Delta Air Lines and UPS also respond to humanitarian crises, transporting personnel, medicine and materials around the world.

Companies that add jobs at the future innovation hub could be eligible for a variety of lucrative state and local taxpayer incentives tied to job counts and the value of investment.

Three people with inside knowledge told the AJC that locations in Midtown, downtown Atlanta and near the Beltline are among those under consideration for the proposed innovation district. In Midtown, the partnership has inquired about multiple sites, including the AT&T tower complex, which is currently empty after the telecommunications giant reorganized its regional offices, sources told the AJC.

The three people, who spoke on condition of anonymity because they were not authorized to comment publicly, said one of the companies the partnership has approached about leasing significant office space is Redmond, Wash.-based Microsoft.

Among the technologies Microsoft is developing is called InnerEye, which uses artificial intelligence to help distinguish tumors from healthy tissues to improve surgical and other treatments. Another, called Project Hanover, promises to use machine reading to help tailor treatments for individual patients.

Late last year, the Atlanta Business Chronicle reported Microsoft was scouting Atlanta for a 300,000-square-foot office and that the company was shifting metro area workers to Midtown. The paper, which cited unnamed sources, reported that the Atlantic Yards development in Atlantic Station was one location under consideration.

Microsoft could choose to locate in more than one location, one of the people said. Microsoft in recent years also opened a new technology center in the Avalon development in Alpharetta.

A rapid response to crises

Medford, the Covanos CEO, said leaders in the state’s health sciences industries have sought ways to coordinate their efforts for years. That led to the creation of the Georgia Global Health Alliance, a trade organization, and in 2018 to the Global Health ATL branding effort led by the Metro Atlanta Chamber.

In May of that year, the chamber and other partners held a daylong strategy session. It identified three goals: disease elimination, crisis coordination and the creation of an innovation district.

Medford said founding and building a biotech company when he came to Atlanta in 1989 was a challenge because the industry was young and scattered.

“We didn’t have an identity,” he said, including a place for leaders to network and collaborate.

“We have outstanding science and technology through our universities but the companies and innovations for health and science developed here often doesn’t stay here,” Medford said. “They move off to California or Boston.”

The question Global Health ATL hopes to answer, Medford said, is, “Can we retain that?”

Beyond jobs, an innovation campus and crisis coordination center also could solve problems that vex relief agencies in a disaster.

Dr. Judy Monroe, CEO of the CDC Foundation, said the ability of governments, nonprofits and the private sector to coordinate in a crisis is much better than decades ago. But there’s room for improvement.

In a crisis, the CDC calls on its foundation to do things with speed that governments often can’t. It can vary from buying and shipping equipment and vehicles, or funding vaccine trials.

But those efforts need coordination to avoid overlaps — or perhaps worse — gaps.

“In a crisis it’s complex, you have many actors, many nonprofits, many are small,” Monroe said.

Thacker-Goethe, the Georgia Bio CEO, said her group has met with more than 50 companies, government agencies and nonprofits to learn what the needs are for such a center and how it might fill gaps.

“It was clear after going one by one around the room that communication and coordination was the biggest issue they had,” Thacker-Goethe said.

Atlanta’s business leaders are crafting a plan for a health care innovation district in the region. The district could mix health sciences, health information technology, cyber security, financial technology and other disciplines in a center to tackle global health challenges. Here’s a profile of those sectors:

Georgians employed as health care practitioners and technical occupations, such as physicians, nurses and physical therapists.

Georgians who work in computer and mathematical occupations, including software developers and computer programmers.

Georgians who work in the health care information technology field across 200-plus companies.

Georgians who work in life, physical and social sciences, including chemists, environmental scientists and microbiologists. 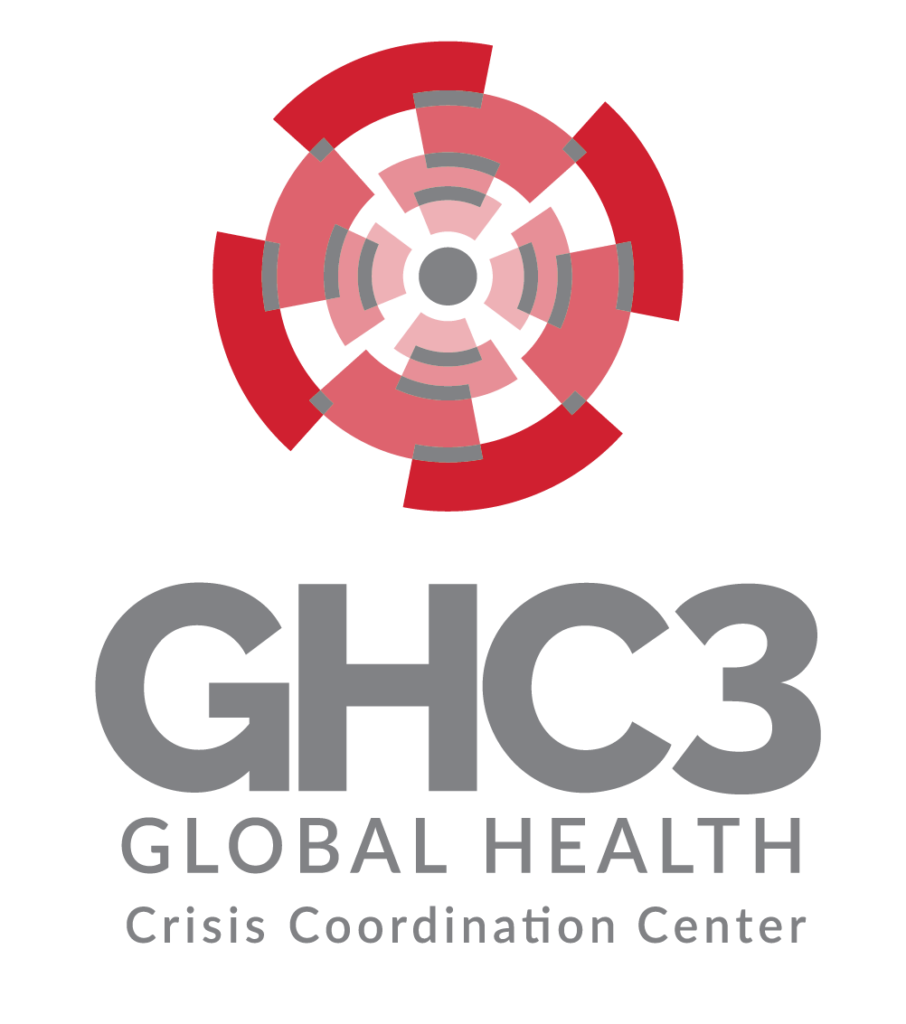 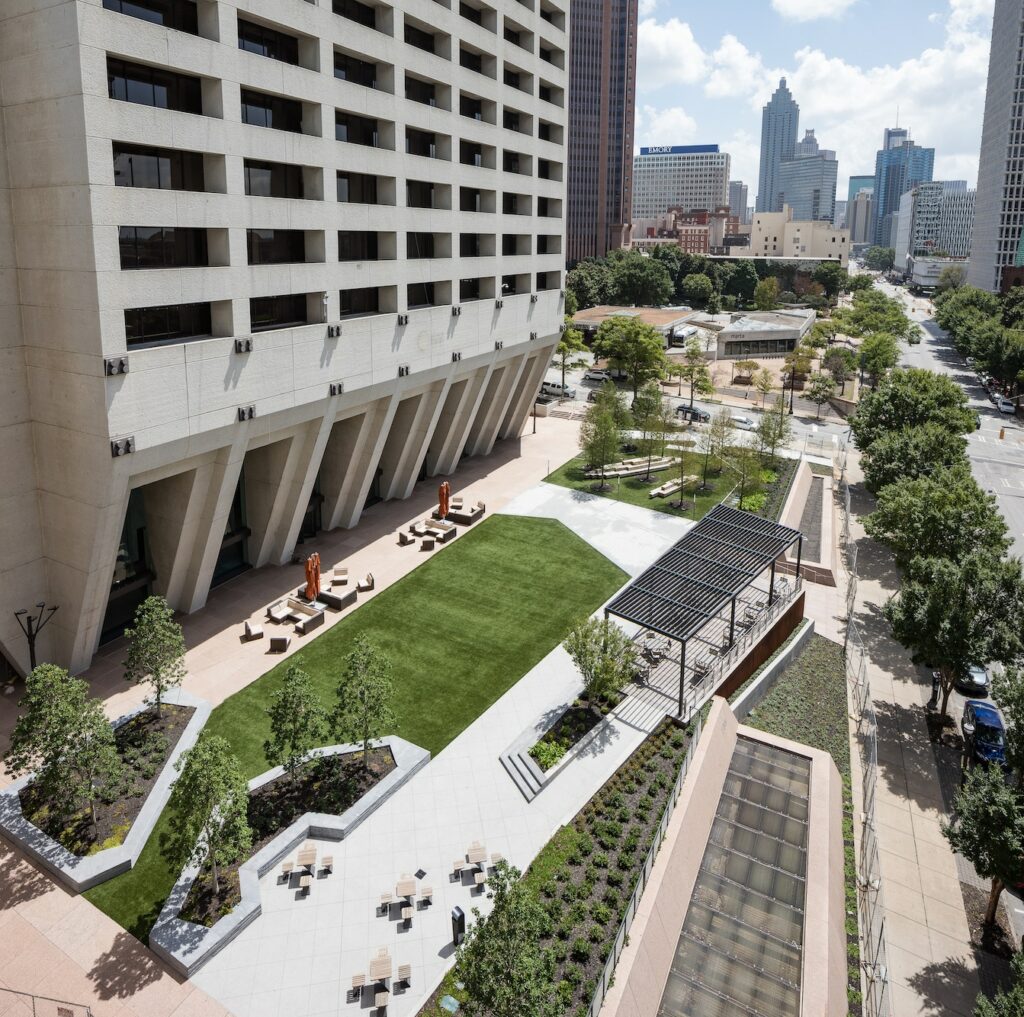 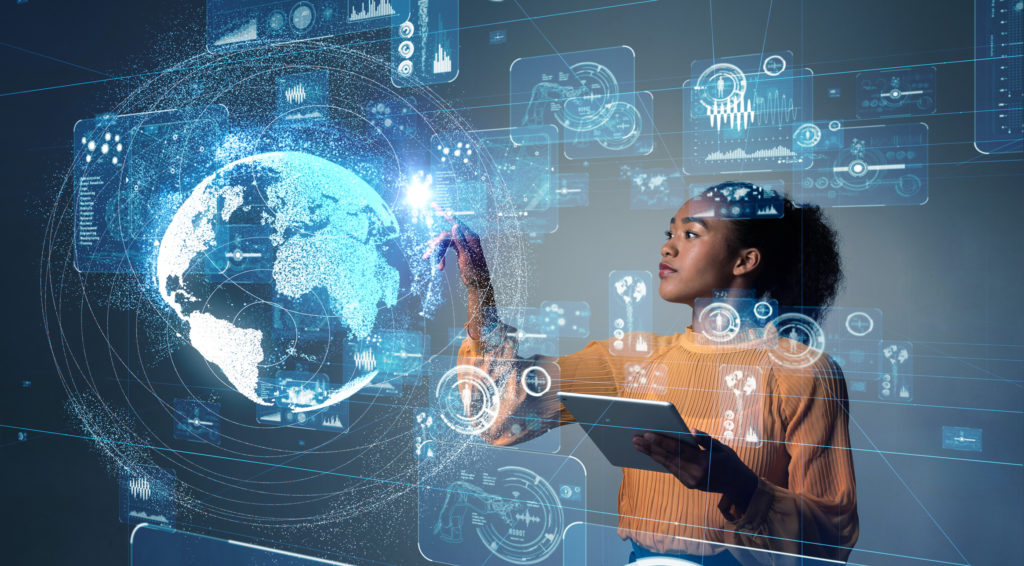